Politics Punjab have selected Vision247 as their official media service provider to stream their channel on Sky. Vision247 will be delivering OTT playout services, enabling Politics Punjab’s audience to view their content on Sky channel 774.

“Our main goal is to inform the public about world news, mainly focusing on Punjab. We pride ourselves on being truthful, independent, and impartial. We object to deliver the best programming using the best equipment and technology.”  – Mr Shing, Politics Punjab’s CEO.

Vision247 are delighted to work in partnership and honoured to be delivering media and streaming services for Politics Punjab TV. 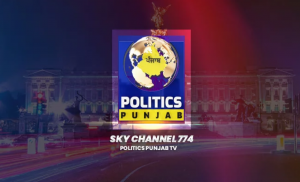 AlAraby Television Network brings diverse content to their new channel, AlAraby 2, which has now launched on ONEHUBTV strengthening their viewership further. In partnership...

In a push to strengthen its digital presence in the international markets and reach a truly global audience, the Nigerian Television Authority, in partnership...